ABOUT THE TMC COLLECTIVE

In 2015, Autograph ABP brought together a collective of young, aspiring cultural producers, historians and artists to create a series of multimedia productions and events in response to the 19th century photographs unearthed as part The Missing Chapter archive research project.  With the  exhibition Black Chronicles II as their point of departure, the Collective used photography, film, audio, illustration, community engagement and debate to explore issues around cultural memory, representation and the archive, locating the past in their present.

Over a period of six months the group met with artist-mentors and guest speakers from a number of disciplines  in a series of weekly workshops. The TMC Collective’s in-depth curatorial and artistic engagement bridges their contemporary moment with historic research to invoke a wider conversation with their peers and encourage more activity and participation from a younger generation around archives and heritage.

As a culmination of the mentorship programme, the TMC Collective produced an exhibition of new works in response, and curated a discursive programme of events staged at Autograph ABP in January 2016. Six panel discussions entitled Agency, Archive, Representation, Community, Storytelling and Queering the Archive introduced members of The Missing Chapter Collective and their invited guests to a wider audience as part of their showcase at Rivington Place. The programme represents an opportunity for peers and other young creative practitioners and thinkers to hear directly how the photographic images sourced for The Missing Chapter  has inspired their personal engagement with heritage, the creative works produced as a result, and how the experience has impacted on their individual practices.

Further information can be found in Public Events.

Heather Agyepong is a young visual artist & photographer who lives and works in London. Heather attended the University of Kent where she studied a BSc Applied Psychology. She has recently completed an MA in Photography & Urban Cultures in which she was awarded the Kirsty MacColl 2014 Scholarship. For over five years Heather has gained experience working within the photographic & performance arts realms with a range of works that have been published, performed and exhibited. Heather has a keen interest in psycho-dynamics and how visual culture impacts mental and physical well being. She is also interested in visual sociology, performance, re-imagination, the archive and activism.
www.heatheragyepong.com

“Too Many Blackamoors” (2015) relates to my personal experiences as a young black woman, and the macro and micro traumas of racism encountered while travelling around European countries. The work was inspired by a 19th century carte-de-visite of Queen Victoria’s protégée, Sarah Forbes Bonetta, who was raised among the British upper class, and educated in both England and Sierra Leone. I created a series of nine portraits in response, where I ‘impersonate’ Sarah, drawing on Rosy Martin and Jo Spence’s ‘Re-enactment Phototherapy’. ‘Too Many Blackamoors’ aims to challenge the ‘strong, independent, black female’ narrative that can burden and often entrap black women. The presentation will problematise how these so-called positive narratives can create perceptual limitations, and explore my own internal conflicts of falling short from such mainstream ideals.

Lara Akinnawo is a young writer and filmmaker whose short films have appeared on Channel 4, Community Channel, and on the London’s Screen Archives website. She is interested in creative engagement with archives, and is currently completing her MA in Culture, Policy and Management.

My film ‘Systematic Remembering’ explores the idea that, in this celebrated ‘Information Age’, certain groups of people can still be left wanting for large chunks of their truth. It considers that people should take responsibility for their histories through taking an active interest in research and interpretations… In this virtual reality, the Systematic Remembering avatars embody both the search engine, and the search results.

Shanice Martin is a Media Archivist working within the environments of broadcast, film and music. Shanice’s main interests and involvement is in cultural heritage and property of mixed mediums, which Shanice also produces work on.

RBG: Black Screens (2015) explores Black British television and the representation Black British people and cultures on T.V. between 1980 and 2000. The first ‘episode’ of the of the ongoing series of RBG: Black Screens, is an audio-visual conversation on the production aspect of television from the viewpoints of Nadine Marsh-Edwards and Campbell X in conversation. I wanted Nadine and Campbell to tell their stories through their own thoughts and memories on British Black television in a reminisince-like conversation. The format of this episode is formed as an experimental video essay.”

NEITHER HERE NOR THERE

Yasmine Akim is a young freelance photographer based in London specialising in portraiture and currently studying a BA(Hons)In Fine Art Photography at The London College of Communication. She started working as a house photographer for the Roundhouse Studios at 18 since then she has photographed several artists including Flying Lotus and the London Contemporary Orchestra. Yasmine has exhibited her work at The Rich Mix, The Brixton East Gallery and Ditto Press with her feminist photo zine ‘Vagina Dentata’. Additionally, she is an Arts editor for It’s Rude to Stare. Her photography has been published by HYSTERIA, The Independent, The New Statesman, The Women’s International League of Peace and Freedom and VICE.

Yasmine’s series ‘Neither Here nor There’ is an exploration of how I am perceived and how I perceive myself. I am concerned with the way that the marginalised are represented visually; whitewashed signifiers have a negative effect on us all. I am a mixed race woman, from my experience I can say that most people recognise my blackness before my whiteness and even my gender. This gaze sparked off conflicting identity issues within me when I was a child, although I am still in the process of recovery, it is my aim to abolish my own social conditioning. I believe that in the pursuit of a better future, both politically and creatively, change stems from within amongst the chaos. The four portraits produced in response to the Missing Chapter image portfolios aim to express this contemporary sensation of ‘portraying blackness’.

Abira Hussein is a Transforming Archive trainee, led by the National Archive in collaboration with the London Metropolitan Archives. She also currently undertaking a research residency with the British Library exploring their digitised collections.

‘Healing Through Archives’ projected facilitated conversations about trauma and wellbeing and inspired people from the Somali community to digitise photographs to form part of a larger archive. To explore the concept of wellbeing and archive, how it can be developed to try and address the trauma associated with being part of the diaspora community. To explore the processes related to establishing a digital photographic archive for the Somali diaspora. To discuss the powers of the archive as a resource that values the histories and experiences of its contributors and ask how best to utilize it to catalyse community participation in the future and rehabilitation. 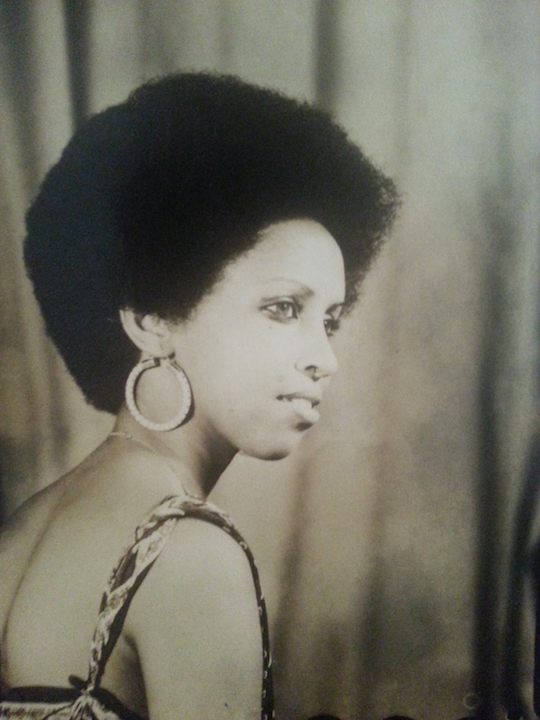 Kariima Ali is a freelance photographer based in East London, having previously completed a BSc in Psychology she is currently finishing her MA in Cultural studies. Her work over the years is a composite of her training in analog film photography and love for digital art. Her interests lie in issues of identity and representation, with a specific focus on Black British art and the ways in which institutions work to marginalise those spaces. A member of the Black girl art collective BBOB, she was one of the curators for the ‘Black British Girlhood’ exhibition that debuted early last summer, showcasing the work of young Black British women.
www.kariimaali.com

Kariima’s portrait series ‘Black Cyborgs’ is a reimagining of the early colonial portraits of Black Britons in the 19th century, with an exploration into cultural representations of Black people in Britain today and how diasporic issues of identity play a role.

Patricia Ng’ang’a is a Kenyan multimedia photographer based in London, England.  Her work centers on social, economic and political issues. She has an interest in archives and their role in memory, culture and identity in communities.

‘For freedom’ is a project that consist of an image and accompanying audio piece. It looks at four-generations of women in my family and their relationship to both Britain and Kenya. Exploring archives, and their possibilities for healing, educate – not only individual, but also collective memories and histories – it aims to address the multi-layered politics of history, representation and storytelling. 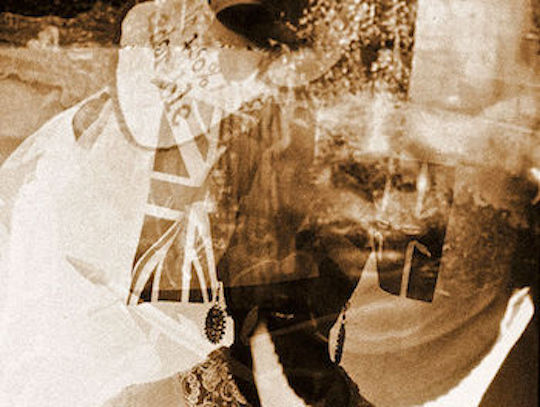 A HOME AWAY FROM HOME

Olivia Mathurin-Essandoh is a London based illustrator who has a definite interest in heritage, oral history and the ‘shock of the familiar’. She is currently a 2nd year student at the Royal College of Art studying MA Visual Communication. Through the use of reportage illustration Olivia fervently documents the now and what is real to her to combat the previous archival lack. Routine, the mundane and nostalgia are central themes in her work. Olivia’s work is unrepentantly raw, genuine and comprises of a myriad of esoteric layers informed by her love of mass observation and self-ethnography. Her desire as an illustrator is to bring previously untold or overlooked narratives to the foreground, for this reason her favourite part of the design process is research; she draws on a rich range of contributors from multiple disciplines and works very closely with her audience.
www.yesoliviatwist.com

‘A home away from home’ refuses to let the work of Amy Ashwood Garvey and Sam Manning be forgotten. In 1936 the pair opened the Florence Mills Social Parlour in Carnaby Street in 1936. The parlour was a cross between a community centre, a restaurant and Jazz club. It was where you went to see familiar faces, find your favourite foods and to feel somewhat like being back home. There is no English heritage ‘Blue plaque’ anywhere but now we know, we mustn’t forget. It is a project that reaffirms, celebrates and is a testament to our staying power of the Pre-Windrush Black Britons.

This project is a start. It is a provocation. We need to re-remember
It’s significance deserves to be highlighted and celebrated.
Saying its name keeps it alive; “They say you die twice. One time when you stop breathing and a second time, a bit later on, when somebody says your name for the last time”