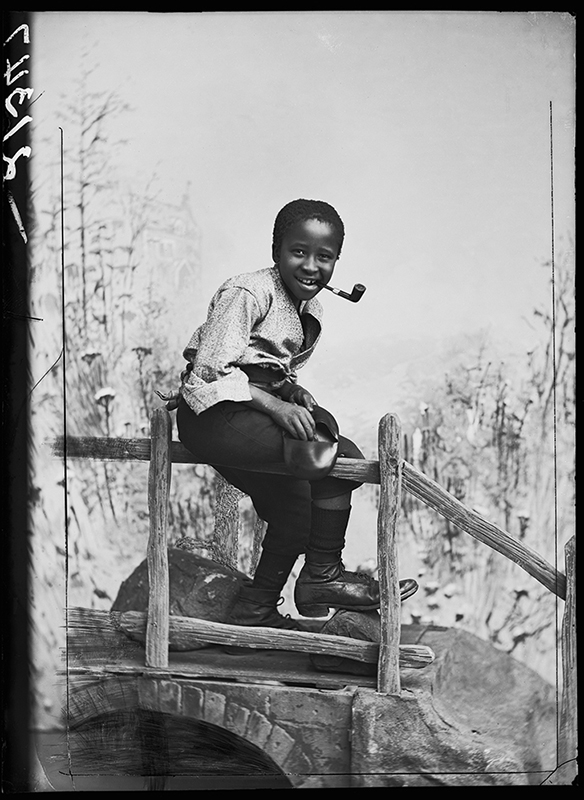 Albert Jonas performed as part of the African Choir. His portrait forms part of a series of playful staged photographs taken at the London Stereoscopic Company studios in Cheapside.

The African Choir was a group of fourteen young men and women, and two children, from South Africa, then under British rule. The choir toured Britain between 1891 and 1893, ostensibly to raise funds to build a technical college on the Cape Coast, in order to support the expanding black labour force. They performed to great acclaim and large audiences at Crystal Palace, for members of the British aristocracy and leading political figures, and most notably for Queen Victoria at Osborne House, Isle of Wight.