POP-UP ARCHIVE
EXHIBITION IN A BOX 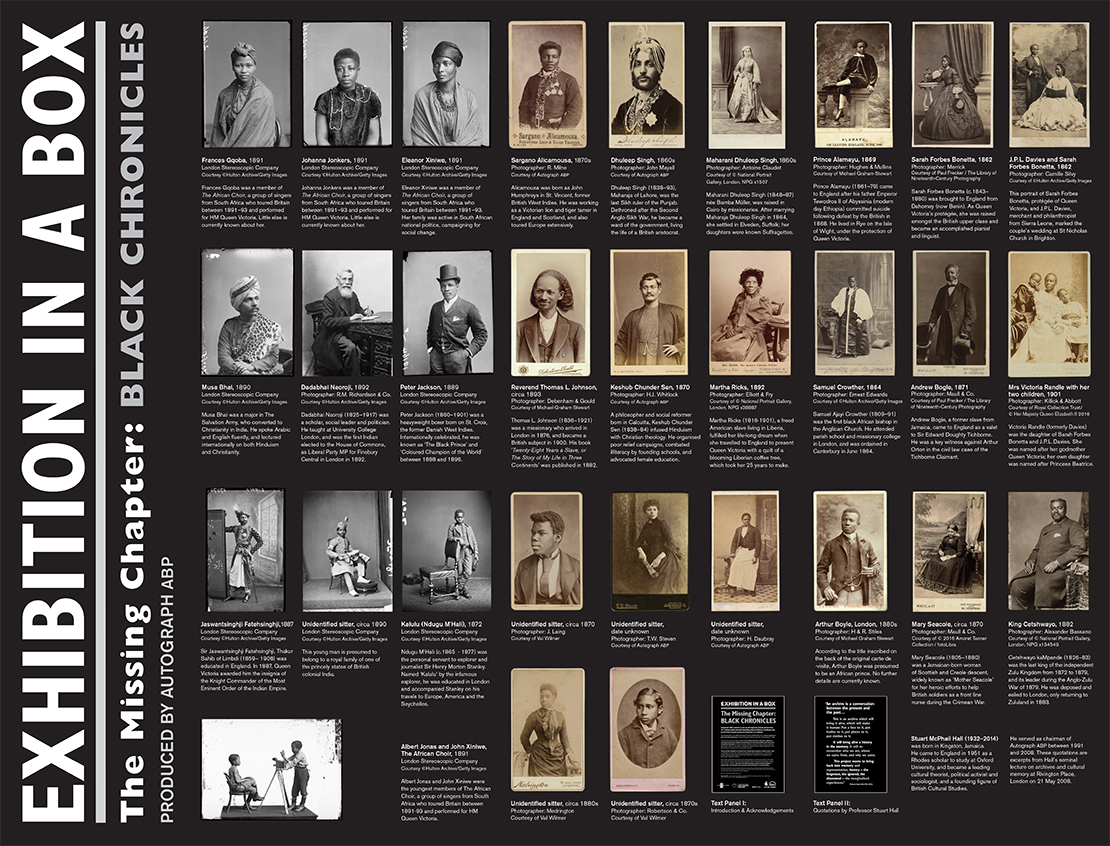 The Exhibition In A Box provides a photography pop-up archive exhibition display and versatile learning tool-kit, intended for use across a diverse range of spaces, including community centres, schools, colleges, public libraries and other resources such as local archives.

Designed to facilitate engagement programmes to promote cultural diversity through photography, the Exhibition In A Box comprises thirty remarkable A3 image panels produced from rare 19th century photographs portraying people of African, Caribbean and South Asian descent during the Victorian era in Britain. It comes complete with a set of promotional postcards, information leaflets featuring presentation instructions and adhesive pads, making it ready for installation and fully reusable.

The Exhibition In A Box is a free limited edition resource available from Autograph ABP on application. If you are interested in acquiring one please contact us. 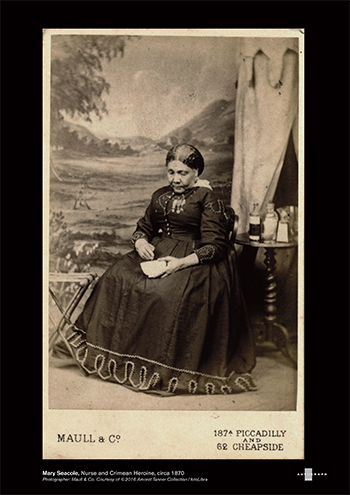 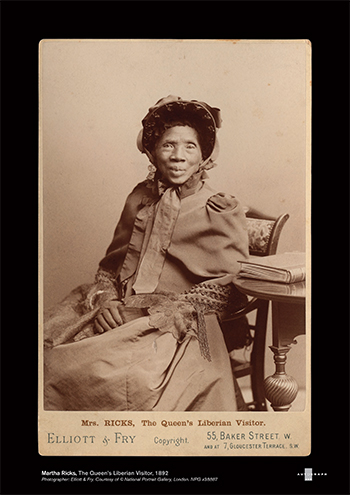 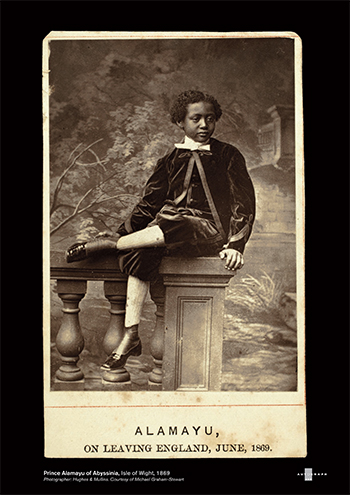 CONTENTS OF THE BOX

The Exhibition In A Box is specially designed for users to facilitate engagement programmes to promote cultural diversity through photography by:

The Photographic Portraits  in The Missing Chapter: Black Chronicles offer a unique snapshot of black lives and migrant experiences during the decades following the birth of photography in 1839.  They represent a diverse range of people, from visiting performers, politicians, dignitaries, servicemen and women, royalty and missionaries, to known personalities and many as yet unidentified individuals living and working in Britain at the time. Their collective presence bears direct witness to the nation’s colonial and imperial history, and the expansion of the British Empire during the nineteenth and early twentieth century.

These portraits highlight an important and complex black presence in Britain before 1948, a watershed moment often cited as the beginning of the emergence of a multicultural modern British society after the SS Empire Windrush brought the first large group of West Indian migrants to Britain. Produced in commercial studios during the latter half of the nineteenth century, many lay buried deep within the archives for decades – unseen for more than 125 years.

Cross-curriculum links and themes include, but are not limited to, subject areas including Art & Design, Photography, Media Studies, History, English, Geography, Sociology or Citizenship as well as key themes and study skills including Migration, Identity and Cultural Diversity, (Visual) Literacy, Critical Analysis, Research and Representation.

Exhibition in a Box displays have been seen in Hackney Museum, 22 Nov – 28 Jan 2017; Barnet & Southgate College, November 2016; Acton High School, November 2016 and Merton Abbey, January 2017 as well as other educational and cultural spaces.

Part of The Missing Chapter programme, supported by Heritage Lottery Fund. Developed in association with the Hulton Archive, a division of Getty Images. 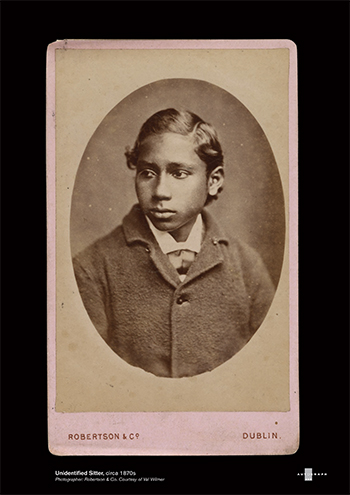 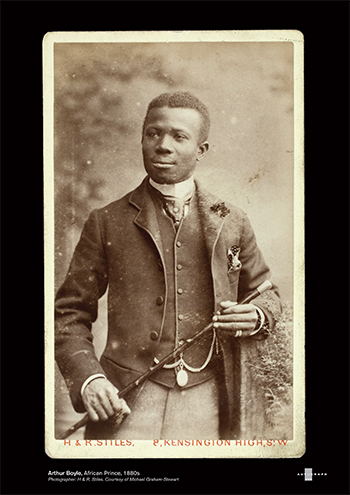